All teams are organized into Group Play Brackets. Group winners and seeding are determined using the following rules:

Teams are awarded three points for a win, one point for a tie, and no points for a loss. In the event of a tie, the following criteria shall apply:

(e)    Head to Head Competition. (Does not apply in a three-or-more-way tie)

(f)     Fair Play. Red and Yellow cards against the team ( Red minus 3 points, Yellow minus 1 point) 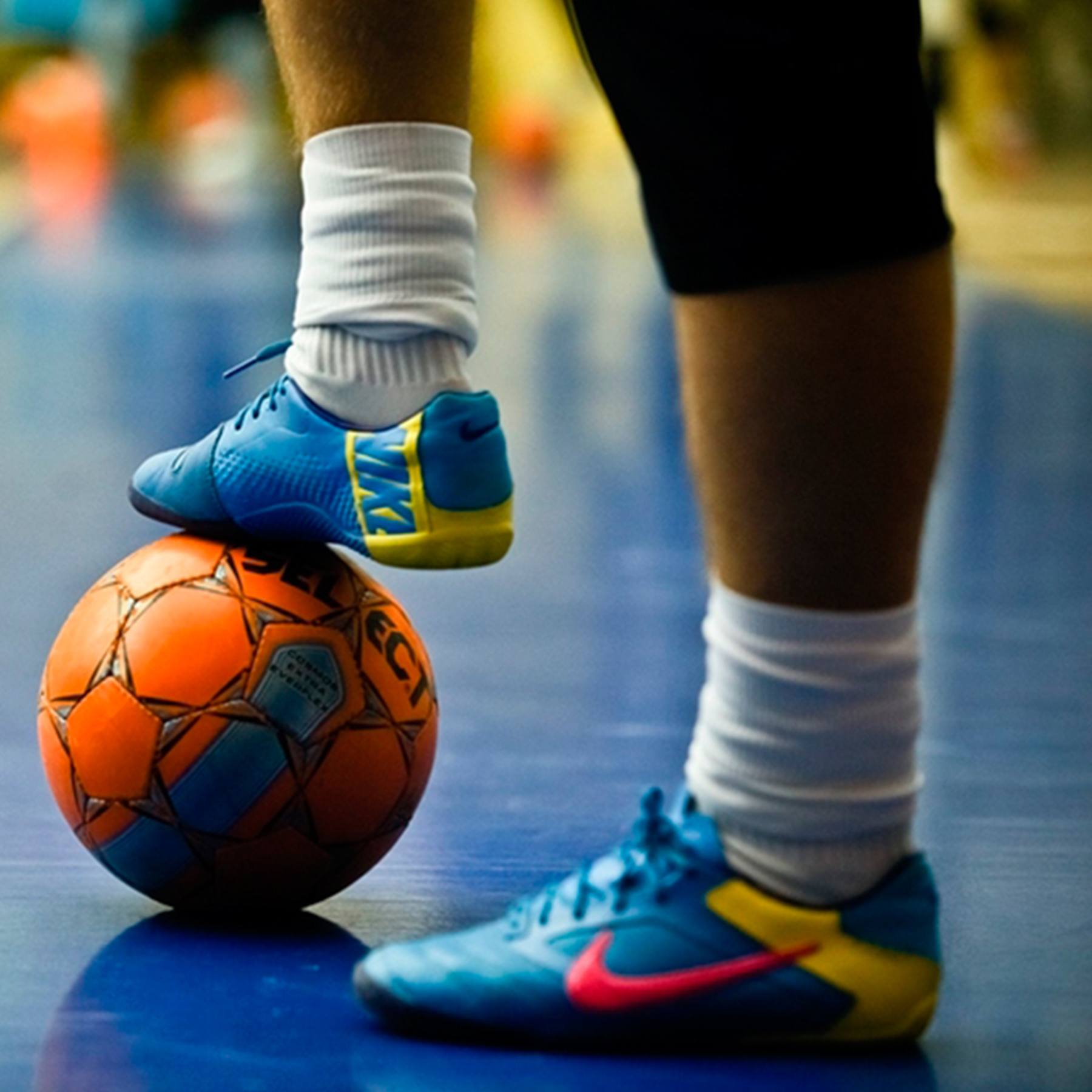 NOTE! A player may be able to play on a maximum of two teams as long as they are not in the same age bracket and they comply with the age requirements.

The Regional Championship will adhere to the U.S. Futsal Laws of the game, as accepted and published on the USFF website at:

Except as modified or expanded for this Championship and published below.

Teams must be at their Court at least fifteen minutes before their match, and present their USFF Player Passes to the official at the Court, as well as a copy of their Player Roster (which clearly identifies each player’s Jersey

Number).  The Referee will review the passes and rosters.  Upon completion of the match each coach must retrieve the passes from the Scorekeeper

Please especially note the following Rules, some of which are new to this competition:

The first criteria for advancement out of group play, after team record is Goal Differential (Goals scored minus goals allowed), then goals scored, then fewest goals allowed. After that are head-to-head results (only in the event of a two-way tie between teams) and then the Fair Play system of using red (3 points) and yellow cards (1 point) against the team.

Forfeits are recorded as 5-0 scores. If a team drops out after playing some but not all group play games, the Tournament Committee reserves the right to declare all of that team’s games as forfeits if the interests of fairness would be served.

All disputes must be resolved on a timely basis. In particular, any scorekeeping errors must be addressed to the Scorekeeper within two minutes after posting or omission of posting, halftime scores cannot be challenged after play commences in the second half, and coaches must sign Game cards immediately after matches to verify the scores.

If a player or coach is ejected an automatic one game suspension at a minimum will be enforced.  A U.S. Futsal representative will maintain possession of the player / coach pass until the suspension is served.  The U.S. Futsal Tournament Disciplinary Committee will review the incident(s) involving each ejection. Upon review of the incident, the player or coach may be suspended for more than one match.

At halftime each team will change benches.  This ensures that all your substitutions take place in your defensive half of the court.  This is a U.S Futsal and FIFA rule.

The team listed second (guest) on the schedule will kick off.

Please make sure that your team is on the court immediately following the previous match and ready to begin play. There will be NO grace period (except as permitted by the tournament director) for a team to take the court from the appointed time for its game (four players minimum constitute a team).

Each team will be permitted one 30 second time-out per half.

Please remember that the goalkeepers in the U14 and below age groups CANNOT distribute the ball directly across midfield with a throw, punting the ball or drop kick without it first having touched another player or having bounced on their team’s defensive half of the court. This infraction results in an indirect kick for the opposing team at midfield were the ball crossed the line.

Also note that a team CANNOT score directly from a kick off.   Such kicks are considered indirect and if taken will result in a goal clearance. Coaches are ONLY permitted to stand on the touchline on front of their bench during the match.  Players and other personnel on the sideline must be seated. If the coach and other personnel do not comply, may result in the coach being warned or if he/she persists in being disqualified.

Player substitutions must take place in front of your player’s bench.  Please remember that a player must completely exit the court before another player can enter the court.  This infraction may result in a yellow card violation.

Advise your players that the ball must be stationary and placed on the touchline or 9” behind the line when placing the ball back into play with a kick in.  The player’s foot must also be on the touchline, or off the court when striking the ball during a kick in (foot fouls are the same as during a throw-in in soccer). A violation of this will result in a possession turnover.

Following each game, coaches are required to report to the timekeeper and verify the official Game card to ensure the score is correctly reported. Coaches may also be requested to select game All-Stars upon completion of each game. Remember to retrieve Player passes as well.On the spectators’ sideline, spectators are to remain behind the designated line.  No one will be allowed behind either end line

All teams must shake hands at the end of each game as a gesture of friendship and sportsmanship.

Regional and National Championship rosters may include up to 14 participating players.

The Rules & Disciplinary Committee reserves the right to decide on any/all matters and its interpretation of these rules shall be final. No protests will be entertained upon Committee decision / ruling.

Note: Under no circumstances will the Tournament Committee or staff be responsible for any part of any expenses, including tournament fee, incurred by any team due to, but not limited to, part or total cancellation of this tournament.

We hope to make this event a very enjoyable experience for you and your family.  On behalf of U.S. Futsal, I wish your team the best of luck and sportsmanship.