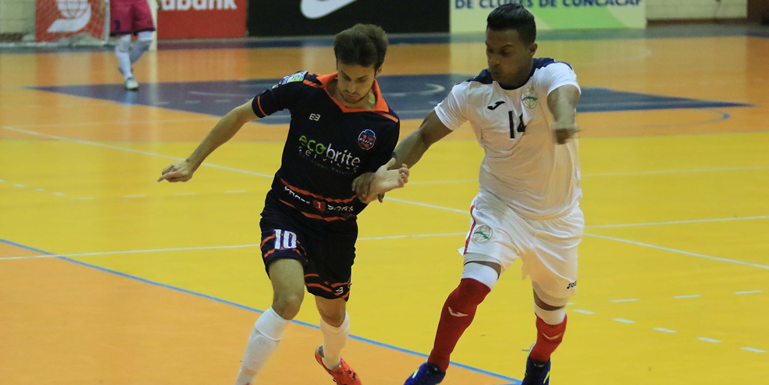 TEGUCIGALPA, Honduras – Utah Elite Futsal scored a pair of first-half goals to defeat Habana, 2-1, on Friday at the Universidad Pedagogica Nacional Francisco Morazan and secure a place in the 2017 CONCACAF Futsal Club Championship.

The United States champion will square off in Saturday’s final against Costa Rica’s Grupoline Futsal, which earned a 3-2 victory over Soyapango FC earlier in the evening.  Habana and Soyapango will meet in the match for third place.

Ricardo De Maria Sobreira gave Utah Elite a 1-0 lead in the fourth minute, gaining possession of a turnover by Habana’s Alejandro Marreño and finding the right side of the net with a left-footed shot.

Habana halved the deficit with 32 seconds left on the second-half clock as Lazaro Peña netted at left a post after Daniel Hernandez drove a low pass from the right into the Utah Elite penalty area.

Utah Elite Futsal improved to 4W-0D-0L overall in the second-ever edition of the competition.

Guatemala’s Glucosoral won the inaugural CONCACAF Futsal Championship in 2014, overcoming Borussia of Costa Rica, 5-4 on penalty kicks, after their final ended 4-4 in front of 4,682 fans at the Domo Polideportivo in Guatemala City.