“GotSport is the leading provider of soccer/futsal registration software in the United States. With this software we will be able to register players in all States, as well as run our yearly State, Regional, National and International Championships. We look forward to growing our strong partnership in developing Futsal in the United States” , added Para. 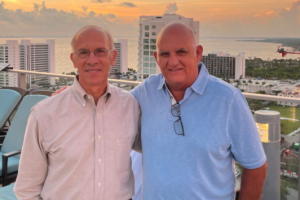 GotSport president and CEO, Gavin Owen-Thomas pointed out that the majority of the 11-a-side soccer clubs and competitions already utilize GotSport software, so US Futsal members who like to supplement their indoor soccer with outdoors soccer will have the benefit of using their same GotSport accounts to register for outdoor soccer teams and competitions.

“We’re excited about this new partnership and are looking forward to building a strong and prosperous relationship with the US Futsal Federation. This partnership is fantastic news for players and coaches across the country, as they can now use a single platform to participate in both indoor and outdoor soccer events and competitions,”

GotSoccer is based in Jacksonville Beach, Florida and provides management and scheduling software to 34 of the USYS state associations. Their products include the GotSport player registration platform and the league and tournament module.  GotPro is used to schedule over 60 of the top leagues in the world including premier leagues in Europe, Asia, Australia and South America. GotPro’s Top US clients include the NBA, MLB, MLS, USL and Disney. Other platforms used globally include GotTicketing and GotAnalyics.

For more information on GotSoccer, click here or email william@gotsoccer.com